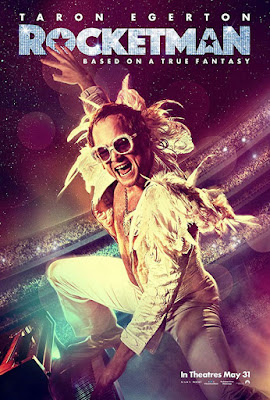 It isn’t anywhere near as gritty as its marketeers would have us believe, but Rocketman certainly offers a wider range of tones and moods than the sanitised Bohemian Rhapsody. Examining Elton John’s growing fame and eventual decision to take his many problems to a rehab clinic, the film adopts what is at times surreal imagery, an energetic pace and several jukebox-musical sequences (yes, with characters bursting into song) to present a tale that is just about as likeable as it is predictable. Most of the supporting players are little more than cardboard types, but Taron Egerton is a compelling, nuanced presence in the lead role, convincingly working his way through many of John’s most popular hits. That said, it’s a shame the makers couldn’t find more time to shine a light on the other genius in this story: Bernie Taupin. But I guess you don’t get top billing in the history books if you don’t have a penchant for scene-stealing parrot costumes.