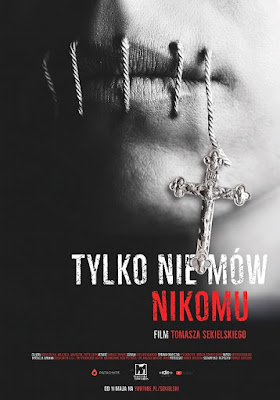 I struggle to understand why the makers of this film - and of several other modern documentaries - felt the need to dress up what is indisputably a serious, upsetting, far-reaching subject with melodramatic music, portentous drone shots and ‘edgy’ camera placements best left to hokey police procedurals. But that aside, this expose of the Polish church’s attempts to cover up the abuse of children by many of its priests is as powerful as it is brave, presenting several harrowing sequences in which victims not only share painful details about their experiences but also - under covert recordings - confront the perpetrators. The religious establishments of many countries are long overdue what we could sardonically call a spring clean (I wonder if the Philippines will be the next place to start haemorrhaging similar revelations) and it is films like this that will help separate the faith from those who pervert it. Not for the faint-hearted.

Note: Tell No One is a YouTube release, available to watch now, with subtitles in several languages.