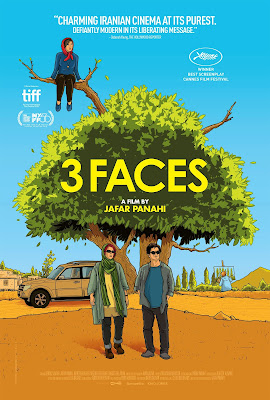 I’m not sure how a director banned from making films succeeds in creating not one, but several pieces of work since the restriction was imposed upon him, but there we are — Jafar Panahi is back with another characteristically elliptical effort. This time he tels the tale of an actress and a director who feel compelled to travel to a remote village in their native Iran because they’ve received what looks like a suicide video from a young girl who claims she can no longer live in her creativity-stifling surroundings. Cue: a series of set-pieces - a few perhaps too quirky for good measure - in which the city dwellers interact with the rural folk and, in the process, offer ironic observations on urban privilege, the role of art in society, and, inevitably, the position of women. Naturalistically performed, unforced in its pace and full of the familiar Panahi camera placements and movements that make you crane your neck to see more (and, slyly, draw you into the environment), it’s a deceptively simple piece of work that lingers in the mind long after its mournful final shot. Well worth seeking out.