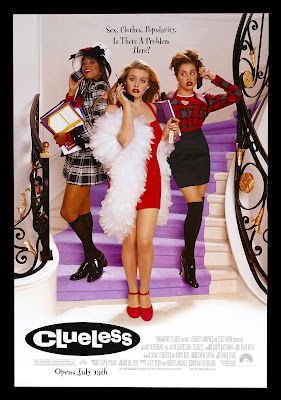 Ten minutes into watching Clueless for the very first time, I got the distinct impression that I'd seen it before. But that’s precisely because of how terrifically influential this US high-school-set update of Emma turned out to be, not just on the countless cinematic pretenders that came after it, but on an entire generation’s use of language. “Whatever” (with requisite w-shaped hand gesture). “Loser.” “As if!” They’re all in here, against a delightful 90s backdrop of chunky mobile phones, Beavis & Butt-head, Ren & Stimpy... and a ridiculously young Paul Rudd. Nearly twenty-five years after its original release, its colourful energy is impossible to resist, even as its heroine cooks up yet another dubious plot and the sexual politics take a few potentially questionable turns. Jane Austen would have approved. Probably.