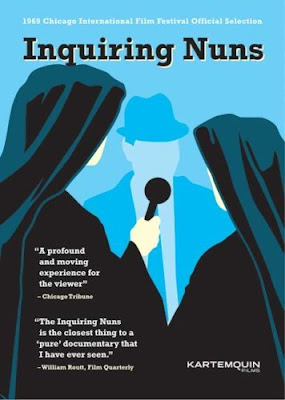 In late 1960s Chicago, directors Gordon Quinn and Jerry Temaner decided it might be interesting to give two young nuns a microphone and tell them to ask passersby outside a church a very simple question: “Are you happy?” The result is this documentary, which has just been reissued and is available in the UK through Curzon’s On Demand service. Fascinating on several levels, it offers an insight into what seems an age irretrievably beyond our reach, when all the people walking along the pavement appear to be insightful and articulate (although this may be down to the editing, of course) and very few admit to any level of discontent (washing one’s dirty linen in public wasn’t the done thing, so who knows how honest these blissed-out characters were being with their responses — but then that’s part of what makes the film intriguing). It’s also both moving and depressing to hear the Vietnam War cited several times as a cause of people’s worries. Not everything stays the same. So often, the things you wish would change, don’t.

richpot said…
How does one subscribe to this blog?
4:14 pm

I've just enabled the Subscribe function :-) Thanks for making me realise it wasn't visible.
10:59 am