Some films seem to speak to the particular circumstances of one's life with such startling lucidity that they should either be watched several times or avoided like a double-bill of Titanic and Avatar, depending on how one feels about being shaken out of one's comfort zone. Miranda July's The Future is about two people in their mid-30s. It shows them trying to express their creativity within a world of unavoidable economic realities. And it portrays their deepening understanding that time really does flow in one direction and that the past is, indeed, in the past. In short, it's just the sort of thing I shouldn't have watched if I'd wanted an easy evening at the cinema. But then I rarely want my evenings at the cinema to be easy, and I found myself quite convinced by this curious, deceptively slight effort. Be warned: it comes with kookiness galore. Several scenes are from the point of view of a particularly philosophic cat. A key sequence features a dialogue with the man in the moon. And July herself - as the female protagonist - is bound to irritate some viewers with her semi-vacant, spaced-out performance. But for every questionable moment, there's another which displays a genuine attempt to grapple with tricky themes and, crucially, a sharp understanding of the power of cinema. Quite original and ultimately quite moving. 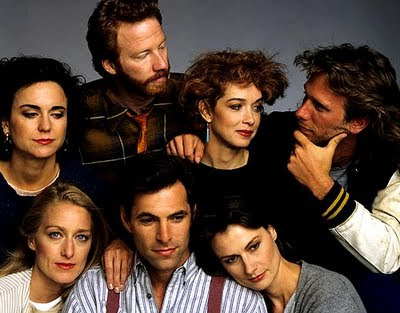