If you ignore the sentimental moments (of which there are several), the lapses into broad characterisation and the creakiness of certain sections of the plot, what remains is a moving examination of modern attitudes to death, a subject conspicuous by its absence in modern cinema (see Uncle Boonmee). The plot revolves around a frustrated cellist’s attempts to earn a living away from the pressures of Tokyo by moving back to his village and becoming an ‘encoffiner’ – a near-religious figure who carries out an intricate (and highly watchable) purification ritual on dead bodies in order to prepare them for a funeral service. It is this aspect of the film that provides its most compelling sections: brief, tantalising glimpses into the ways various families experiences grief and loss and, crucially, the manner in which they display these emotions to strangers. The movie’s visual style frequently plays to western tastes (indeed, it was awarded an Oscar for Best Foreign Film) but at the core of this curious tale lies an intriguing and memorable idea. 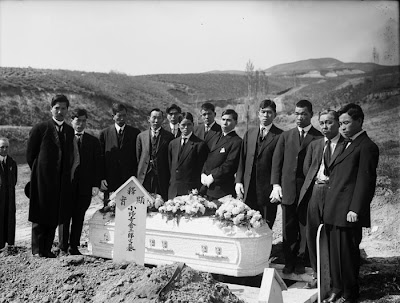